On Thursday the 31st, or Halloween as it's called in most of the world, the spirit of Abbie Hoffman took over the Foundation Building, and Cooper Union students, alumni, faculty, and staff set to work casting a spell to levitate the building—as Hoffman and the Yippies had done with the Pentagon in 1967. 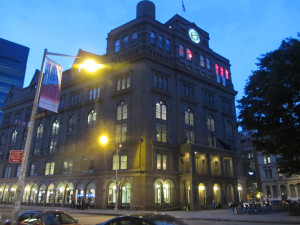 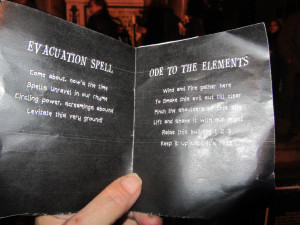 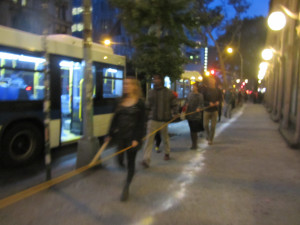 Students dropped a trail of cornmeal around the perimeter of the building and circled it, chanting. They lit tea lights and carried votives: 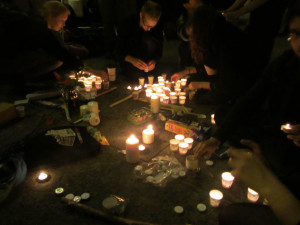 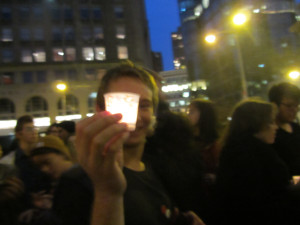 They circled faster and faster, and chanted louder and louder; some rode brooms. Eventually they congregated in front of the building and ate Munchkins™. 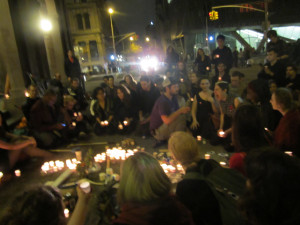 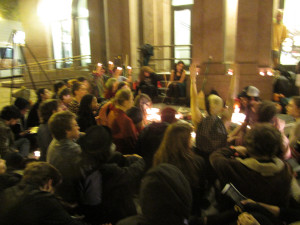 Lastly, they placed a shrine including candles, brooms, flowers, and pumpkins at the feet of the statue of Peter Cooper on Cooper Square. 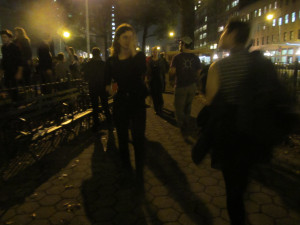 This was the best Halloween ever! 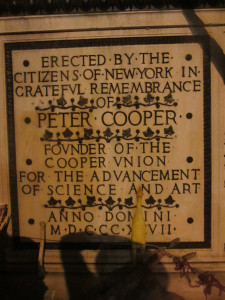 Afterwards—not having actually caused the Foundation Building to levitate—we sat in a circle and shared our thoughts. Well, the Yippies didn't manage to actually levitate the Pentagon, either.

This entry was originally posted at http://franklanguage.dreamwidth.org/165874.html. Please comment there using OpenID.
Collapse